Setting Up the Litter-Robot

Hopefully at this point, you’ve already watched the “Unboxing” video where you got to see what it’s like to receive and unpack a Litter Robot.

Now, I’m going to show you how I setup our Litter Robot model II, following the instructions in the manual as well as the Quick Start Guide sheet.

Our girls had all night to get used to the Litter Robot sitting in their play area. By 11:30 the very next morning, I couldn’t wait any longer to try it out with them for the very first time!

Step 1 in the manual is to place the Litter-Robot in the same location as the old litter box if at all possible, and to make sure the base is placed on a level and firm surface. Thankfully, this was not a problem for us. The floor in our laundry area has plenty of room next to the current box, and the tiled floor is quite flat.

Step 2, put the globe on the base with the “Cat Entry” opening facing the front, making sure the track on the globe engages with the gear in the Base unit.

You can see Winnie was just as excited as I was to get her new present working!

First, install the liner. If you remember from the last video, the drawer came pre-installed with a liner, so this step wasn’t necessary.

Next, fill the Globe with approximately 9 to 10 pounds of standard clumping litter. Oddly, the complete manual actually shows this as a later step after turning it on for the first time. But, I assumed if the Quick Start Guide listed this as step 2, it was okay to do so beforehand.

I’m not sure if Lyla knew I was setting up a new litter box just for her, but either way, nature was calling and she wasn’t waiting any longer!

There are actually two ways to fill the globe with litter. One way is using the “Fill” button on the control panel, but for the initial filling, the Quick Start Guide recommends just tilting the globe back on the base giving you a good access to pour the litter into the “Cat Entry/Exit” opening.

Our two kittens were already used to a certain brand of litter — the Fresh Step UltraCare clumping litter — because it’s specially made for kittens under one year. Your cats need to get used to this new litter box, so I followed the advice in the manual not to switch litter brands as they are first getting used to the Litter Robot. Introducing a new kind of litter may increase their level of apprehension.

However, if you’re currently using a non-clumping litter, you will need to switch to a clumping style instead.
There’s actually a marked line inside on the black rubbery area where you fill it to. But, when the globe is at an angle like this when you’re filling it, that line isn’t too helpful. So, I added a bit, reset the globe, and then checked the line to see if I needed to add more. I repeated this a few times until I was close to that line.

So now we’re back to Step 3 in the manual. It’s time to plug the small connector from the AC adapter into the socket in the back of the base unit.
Plug the main power cord into a wall outlet. The cord actually isn’t long enough to easily reach the only outlet above on our wall. So, I’m using an extension cord to make the connection.

According to the instructions, it’s now time to turn this on for the first time! Press the On/Off switch near the back right side of the base.
The manual states, “the Litter-Robot will perform an initialization cycle (this takes about 3 minutes). After completing the cycle, the Globe should be in the “home” position with the green light on.”

The yellow light for “Cycling/In Use” came on, but then… nothing. It didn’t appear to be doing anything. And I couldn’t hear any kind of noise like an internal cycle was happening.

So I waited, even though It seemed odd to me that if the cycle was supposed to be silent and uneventful all this time, that they wouldn’t have told us this in the manual.

After a minute and ten seconds had gone by without something happening, I decided to grab the globe and adjust it a little bit — thinking maybe I didn’t get it placed just perfectly in the tracks.

It felt quite solid to me, right in the tracks. So I decided to take my chances that it wouldn’t “hurt it” by turning off the device in the middle of this initial cycle routine.

Once again, for my own peace of mind, I jiggled the globe to make sure it was secure on the tracks. Then I turned it back on.

The yellow light came on, and boom! It started turning. And so there’s the noise you will become very very accustomed to hearing as the globe regularly rotates throughout the day.

At first, this may seem a bit louder than you had hoped, and maybe a little bit annoying sounding. But, I assure you with first hand experience, it’s almost white noise to us now. We barely even notice it from another room when it doing it’s thing.

Just when things seemed hopeful, it stopped, and seemingly did nothing for about 2 minutes. Then the yellow light went off. And then a red light marked “Sensor/Timing” started flashing.

Winnie couldn’t stand her curiosity and went over to investigate!

So, I decided it had been flashing long enough, and I turned it off again. I was a little worried turning it back with her next to it might scare her, so I brought her up next to me and then turned it back on.

The yellow light came back on, and it started moving again for a second or two, and then it stopped. (Laughing)
Winnie was just too excited. So I let her down, because at this point, it seemed safe to assume nothing was going to move quickly around her!  (Laughing a tad with sarcasm)

In this situation, I’m sure many people might have been thoroughly exhausted and frustrated. I don’t recall thinking that. Even then, I was so impressed with the build quality, and how easy it was to operate, that I was quite convinced I had probably done something wrong, or it was just a simple error in the computer, and it was just a matter of me turning the machine on and off with the globe in the right position, and all things would reset and be just fine.

And that’s exactly what happened the very next time I turned it off and then on again. The yellow light came back on, the globe started moving, but this time, it continued through with a complete rotation, ending back in the desired “home” position.
Even up until today when I’m recording this, we have yet to have another problem with it not cycling correctly. It’s been running perfectly ever since.

They advise us to let our cat or cats use their new Litter-Robot first for a couple days, with the unit turned off. This way they can get used to using it a little bit, without the sounds and motion possibly scaring them away.

And I’m sure I would have done this with Winnie if she hadn’t been such a fearless little kitten. Even bringing a big, normally intimidating broom near her didn’t phase her. So, I was a cautious Dad here, but I was quite convinced unless the globe was to try and swallow her alive, nothing would stop her from wanting to be in this thing! (Laughing)

When the cycle came to a stop, the green light came on for the first time indicating “OK / Waiting.” This was obviously a good sign, and let me know the unit was probably working just fine, and whatever initial cycle it needed to do was complete now.

After it completed that first cycle, and the litter was left in a leveled position, I happened to look in and noticed I had overfilled the globe. It was above the fill line in the back, and was almost up inside the bubble area.
So I grabbed the empty box the power supply came in and started pulling out some of the litter until I got it to the right level.

Little Winnie didn’t grow tired of watching the Litter Robot run through test cycles. This seemed like the greatest thing now in her world!

In the next video, I’ll show you the actual footage I captured of what it took to get our Lyla and Winnie to do “their business” for the first time in their new Litter Robot. So check it out!

Are You Ready to Own a Litter-Robot?

Click here to place an order directly from the Auto-Pets website, the very company that created, builds and ships the Litter-Robot. 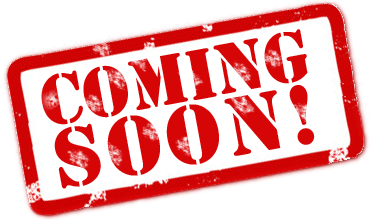 After watching the video and reading the information above, if you have a question or comment about anything during the process of “Setting Up” the Litter-Robot, please write it down in the comment area below, and one of us will answer it for you!

When purchasing a Litter-Robot, you are not required to click through any of our buy buttons or text hyperlinks to take advantage of all of the information we provided you on our "For Kitty" website. However, if you feel you benefitted from any of it, and would like us to earn a small commission from your purchase at no additional cost to you, we would totally appreciate it and thank you profusely!